This past weekend, Jenna and I had the pleasure and honor of hosting and attending Tom Givens’s (and Rangemaster’s) Combative Pistol 1 class in Colorado.

Tom is truly one of the industry giants.  His training is based on real-world defensive shooting statistics, including the ones he’s been tracking since he started Rangemaster in Memphis.  Tom has had 65 students involved in defensive shootings, and his students are “62 and 0 with 3 forfeits.”  3 of his students, unfortunately, did not have a firearm when they were attacked.

Training based on actual violence has to start with understanding how that violence actually works – not the theory of the attack, but actual attacks.  Tom is certainly leading the charge in this realm… and more of us should be following his lead.

So go and take this class sometime.  Learn from the best.  Particularly when that training is truly geared toward real attacks and how they typically manifest themselves (Tom said several times “3 shots, from 3 steps, in 3 seconds”).  We had many drills geared toward exactly this.

One of the many concepts hammered into us throughout the weekend is that speed and distance do, actually, matter.  The bigger the target is (read: closer), the faster we should be shooting.  The smaller the target, the more deliberate we need to be with every shot.  Most of us intellectually understand that, few of us (including me) practice that.  Many of us take far too much time lining up the perfect shot – we’re wasting time, our most valuable asset in a fight.  I’m a pretty good shot with a handgun if you give me lots of time.  Unfortunately for me, that’s not how a real fight actually works.  I have a lot of work to do.

But never forget that misses don’t count.  You can’t miss fast enough to win a gunfight.  Get those hits.  You don’t shoot at a target, you shoot the target.

It was a great pleasure to finally get to meet Tom and Lynn and I hope our paths cross again soon. 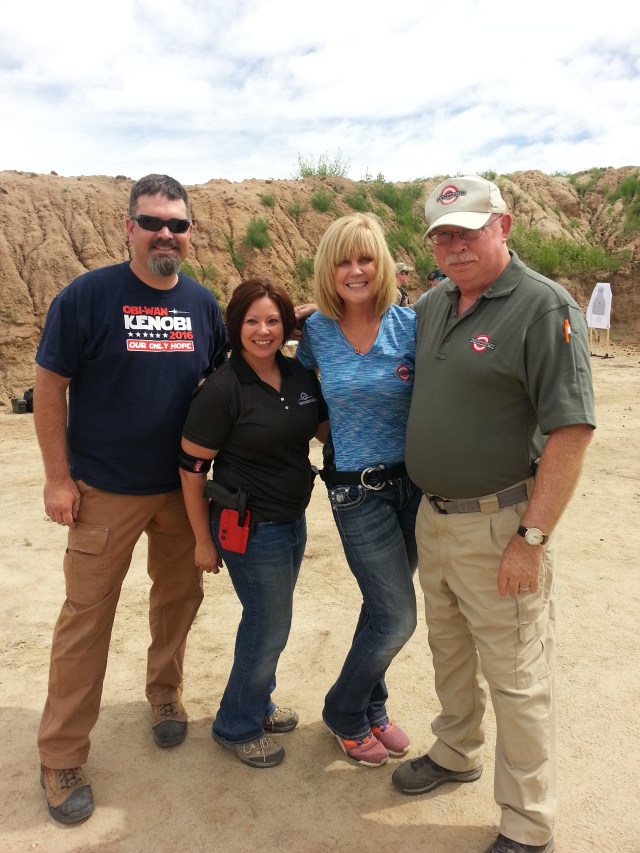 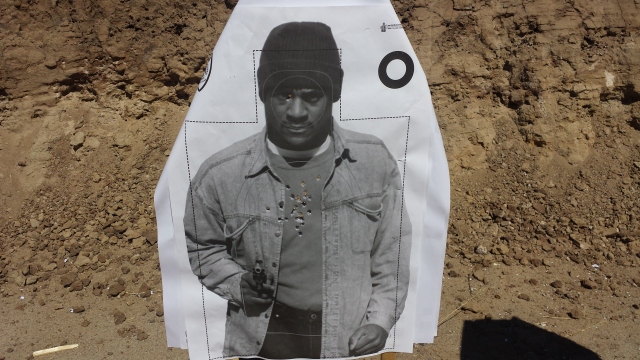 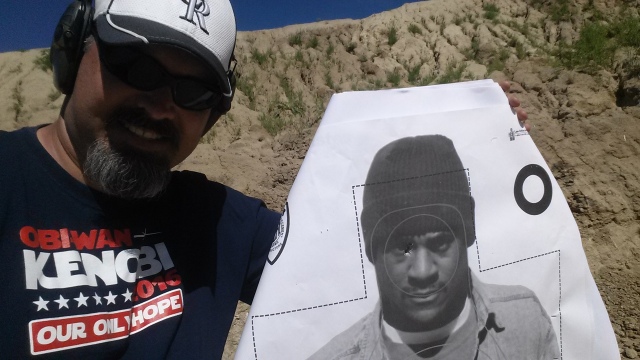