Tom Givens of RangeMaster is truly one of the best instructors in the country.  Tom’s background spans many of the pillars firearms that I spoke of in this blog post.

Tom served in the Military, was a Law Enforcement Officer, and has earned competitive titles.  On top of this, Tom has the most students of any other self-defense instructor who has been involved in self-defense shooting incidents.  But you don’t have to take my word for it, please check out Tom’s credentials for yourself!

All of this experience makes Tom a unique instructor.  While the military, LEO and competition experience is important and impressive, I’d like to focus this post on Tom’s experience as a self-defense instructor with RangeMaster in Memphis, TN.

Last spring, I was lucky enough to get a chance sit in on a lecture that Tom gave at the 2nd Annual A Girl and A Gun Club National Conference in Waco, TX.  I was there working with Kathy Jackson.  The title of Tom’s lecture was “Defining the Threat”.  In this seminar Tom told his audience what the “Typical Civilian Fight” might look like based on published statistics from federal agencies and from his interviews with students who had been in the trenches.  I sat in that class absorbing all information that he threw at us while taking copious notes.  I found myself nodding in agreement for the entire class.  The other thing that struck me is the passion that Tom has not only for teaching, but the passion he has for giving his students the information that they need that could very well save their lives one day.  Tom truly cares about people and helping them stay safe.

Earlier I mentioned that Tom has the highest number of students involved in self-defense shootings.   At the time of the seminar I attended, the number of Tom’s students involved in self-defense shootings was in the mid to upper sixties.   All of the former students who were armed on the days of their incidents walked away with a “win.”  There were a couple of students who were not armed on the day that it was their turn and if I remember correctly, Tom equates these incidents to a “draw.”

In the seminar he broke down some statistics for the audience to give us some insight into the situations that his students have found themselves in.  I won’t give you his specific numbers on this, as I don’t want to misquote him, but I will tell you that it appears that more incidents happened away from home than at home and that the majority of incidents happened at a distance closer than 15 yards.  This is some food for thought which can also be a jumping off point for your training!  Tom went deeper into the statistics for our class than just this, but this is his information, not mine.

But, if you are interested in learning more about this stuff in addition to some shooting techniques, you are in luck!  Tom has agreed to come to Colorado this summer and teach a 2-Day Combative Pistol class for us!!!  Mark your calendars for July 11-12.  We will be holding this class at Ben Lomond Gun Club in Ramah, CO.  This is a great chance to learn from one of the best and we sure hope that we can wrangle up enough students to get Tom and his lovely and talented wife, Lynn out to CO!  By the way, Lynn is also an amazing instructor, and the woman can shoot.  She just took third place (and “High Lady”) at the 2015 Tactical Conference Competition!

You may register for this class here. 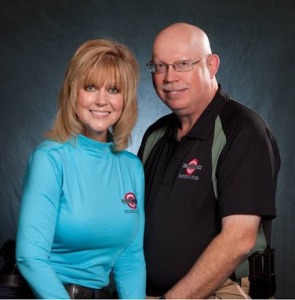